Cashabroad helps businesses do abroad payments as easy as with locals, with low-cost and instant transactions.

CashAbroad is a web platform where businesses in Latam can send and receive cross-border payments from international merchants and vendors with low-cost, instant transactions and a group of smart features that make your paying journey a pleasure.

Paying vendors is disorganized and inefficient because approvals, invoices, and payments are often on different channels, like WhatsApp, emails, and paper bills. Moreover, Mexican companies lose up to +9-12% in revenue in cross-border payments and spend up to 30 hours or more a month on payment transactions, a time that would be best spent on strategy.

These businesses also struggle with liquidity due to long settlement times, which push them to use credits or loans (more costs!) to keep their businesses running. On top of that, they spend effort and time redoing their invoices due to constant exchange rate fluctuations.

We are creating features to help them do their job smoothly and pain-free.

With Cashabroad, Businesses of small and Medium sizes like developing, design, marketing agencies, people that give courses online, consultants, real estate, and others will be able to open their frontiers.

⚒️ How it Works

In partnership with Wyre, we create a custodial wallet for each user and through Stellar Blockchain have compliant FIAT to crypto On/Off ramps. Plus KYB and AML compliance.

We use Spreedly to be PCI compliant. 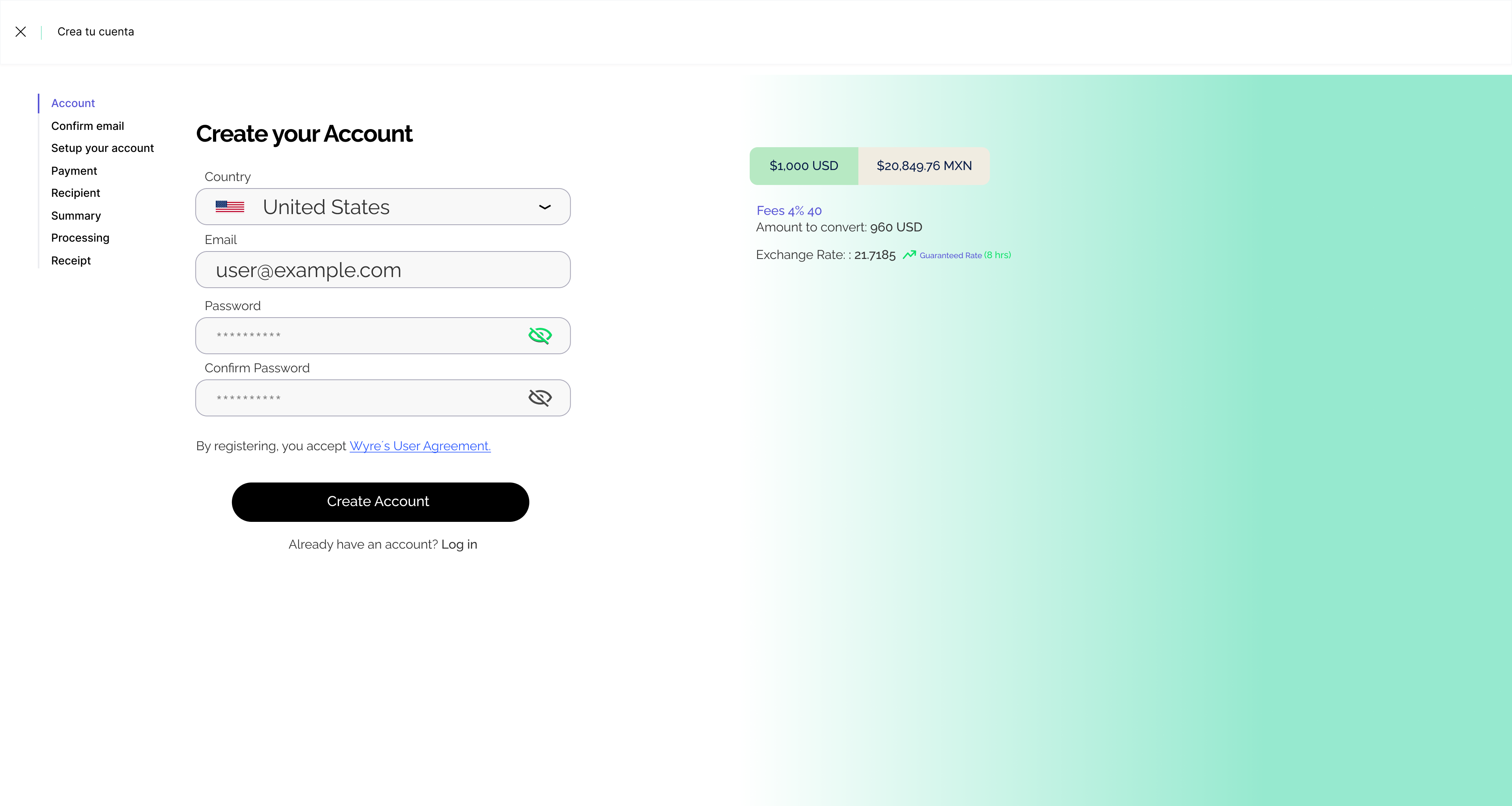 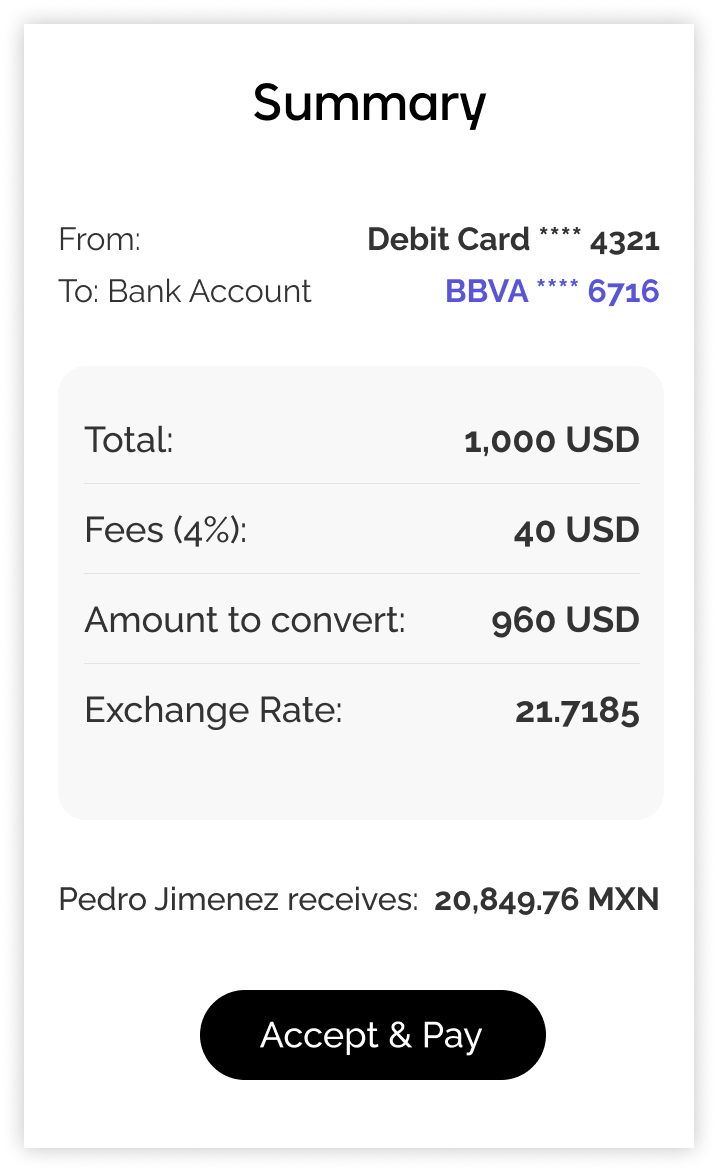 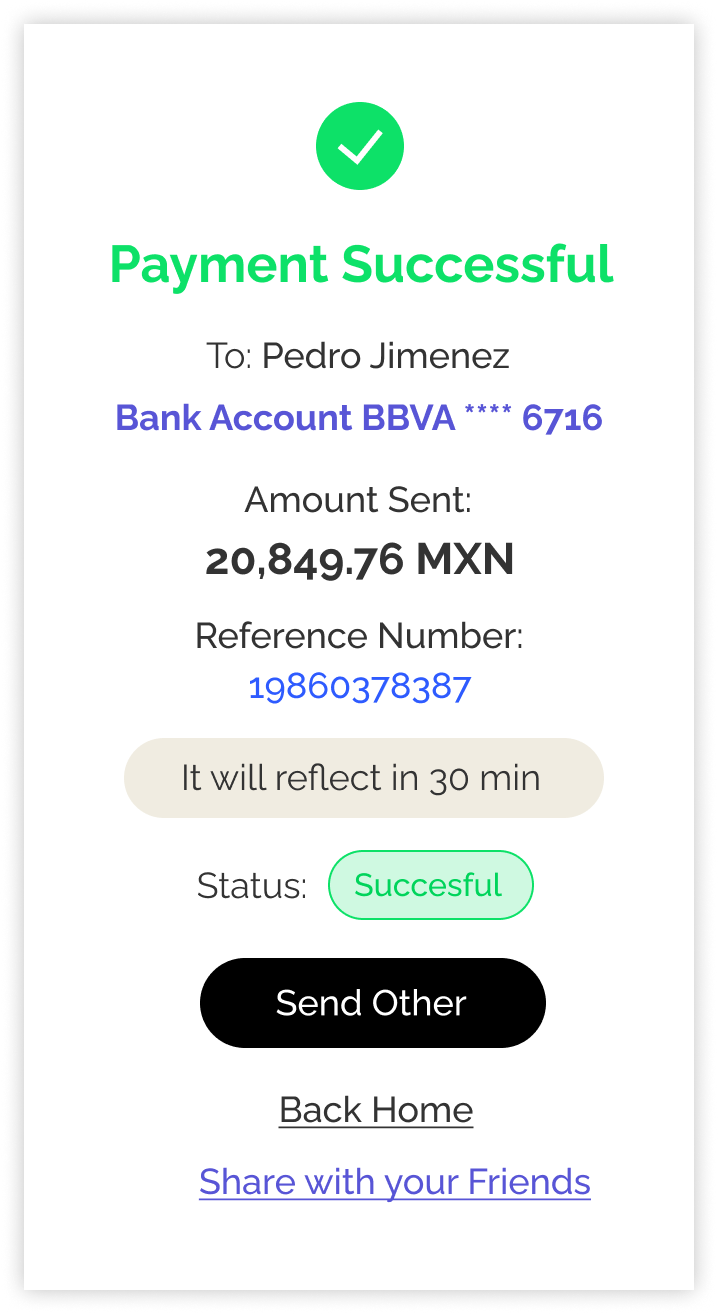 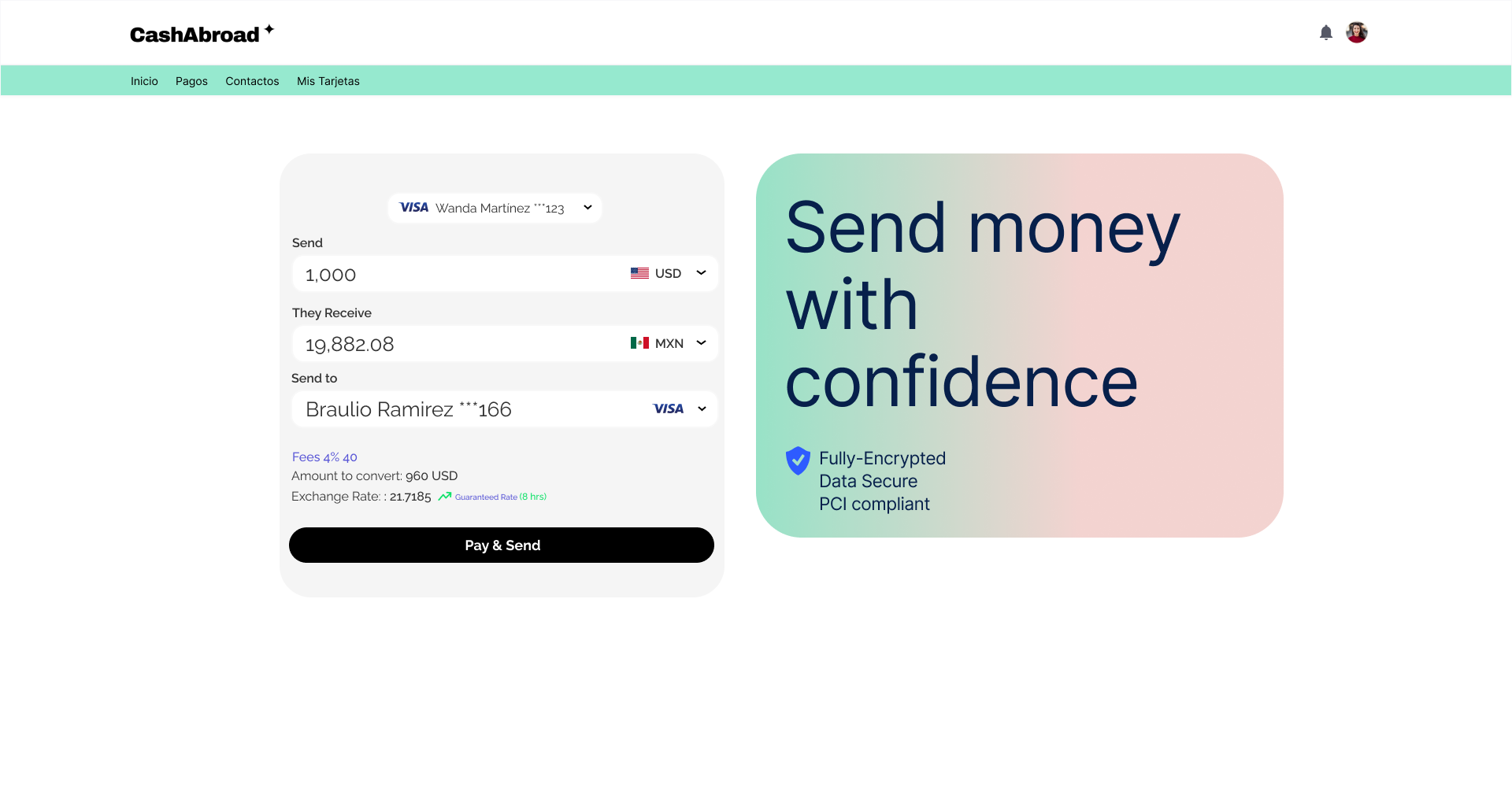 No items found.
Previous Project(s)
Round 10
Winner
CashAbroad
Do abroad business as easy as with locals
Learn more
Progress so far

🟩 Since the last application, we:

🧑🏻‍💻Right now we are preparing for our beta testing and are working on:

We calculate an average income per cross-border transaction of 3%, including fees per transaction and an exchange rate commission.

Average cross-border remittance fees are 6.2%, depending on the country, with fees commission ranging from 0% to 15% plus exchange rate commissions. It is common to find competitors with a 0% transfer fee but with an exchange rate significantly decreasing the money sent. So we consider 3% a competitive fee.

We are currently applying and pitching to investors to raise funding. And as part of our participation in the Blockchain Academy Chile Incubator.

In Latam, even if cash still is the primary payment method, larger central banks are launching initiatives to develop an open banking ecosystem that support the shift toward digital payments. The global pandemic boosted this change in countries such as Brazil and Mexico.

Additionally, the shift to digital payment methods was boosted by the favorable demographics of Latam since it has one of the youngest populations in the world.

In Mexico, the management of payments plays a substantial opportunity for improvement since, according to a study, 87% of the businesses reported late payments by B2B customers, which is, in part, caused by the manual reconciliation of invoices and payments that 40% of companies do, according to INEGI.

Percentage of B2B with late payments

The lack of fast and cost-efficient cross-board payment methods for businesses in Latam, combined with the favorable demographics and smartphone penetration, presents an ideal environment for Cashabroad to bring his solution to Latam businesses.

✅ We focus mainly on the Latam region.

✅ We offer a friendly digital solution powered by crypto benefits to a not crypto-savvy audience.

✅ Our focus is B2B needs

A growing education, incubator, and community platform. Colledge experts on blockchain have nurtured us during the 4-month program of its incubator with expertise in different fields like UX, Mkt, Finance, engineering, and others. They also offer an extent network of investors.

Currently President of the National Chamber of Commerce in Coatzacoalcos (CANACO), a member of AMEXME (Business Woman Association), and with connections with other business entities like CANACINTRA.

Ivan has the biggest iOs developer community in Mexico (he has nurtured it over the years) and supports us with the best talent and engineering expertise.

Early adopter, we are currently building a Waiting List through contacts. After Customer Acquisition, we will focus mainly on the following:

Cashabroad is a startup with an international team, the two founders live in Mexico, but we work with people from other countries. The company is currently in the process of incorporating in the U.S. We are creating a platform for SMBs in Latam that want to send/receive cross-border payments at a low cost, instantly, and smartly. We want to improve the Latam region and its opportunities. We believe that if language is not a barrier for Latinos, paying between our countries shouldn't be either.

Tech-savvy and blockchain technology enthusiast. Studied at the "Tec de Monterrey" and in Miami at the "MBP school."

Has won competitions at Google, Microsoft, Bosch, and Aldea Digital.

He did an internship abroad at Stuttgart, where he researched and experimented with ice particles.

At PwC, he worked for the finance department for transfer pricing.

With nine years of experience leading, developing, and deploying digital products (often the most challenging at these companies) at Telmex and later at Walmart.

As Growth Manager at Walmart, he led the India and US (Sunnyvale) teams, and his projects increased by 25% digital sales.

He has also won several competitions and was on the five-person innovation team for Hector Slim (CEO of the biggest Telecomm in Mexico.)

It is international and is composed of the following:

Two full-time founders, 2 Freelancers, 2 Attorneys as consultants (one in Mexico and 1 in USA 1), and 1 Mid-time recent graduate with a scholarship from the Mexican government.