The company is active since March 2018. The team was brought together between december 2019 and july 2022
Products & Services

We build a marketplace implemented through a web app. It matches players and game creators in a non-standard and fun way. For more info see the “Overview” section.

What problems do we solve?

‍
1) How can one create games and share them online efficiently?‍

We provide creators with a toolbox and the access (via KataSDK) to a brand new infrastructure. It allows anyone to create, host, share his/her independant game. The key benefit here is simplicity of use.

2) How do players connect with game creators in a fast and convenient way?‍

We’ve built a proprietary technology capable of “streaming” and running any kind of 2d game in the browser, along with its dedicated hosting solution for games.

We build a product that will attract and retain a large number of users due to its features and its innovative design. Using the Stellar network adds benefits: for players the diversity of games will be greater (because the barrier to entry is lowered for creators) and players will learn real world technologies/skills while using our system!

Using Stellar allows us to: 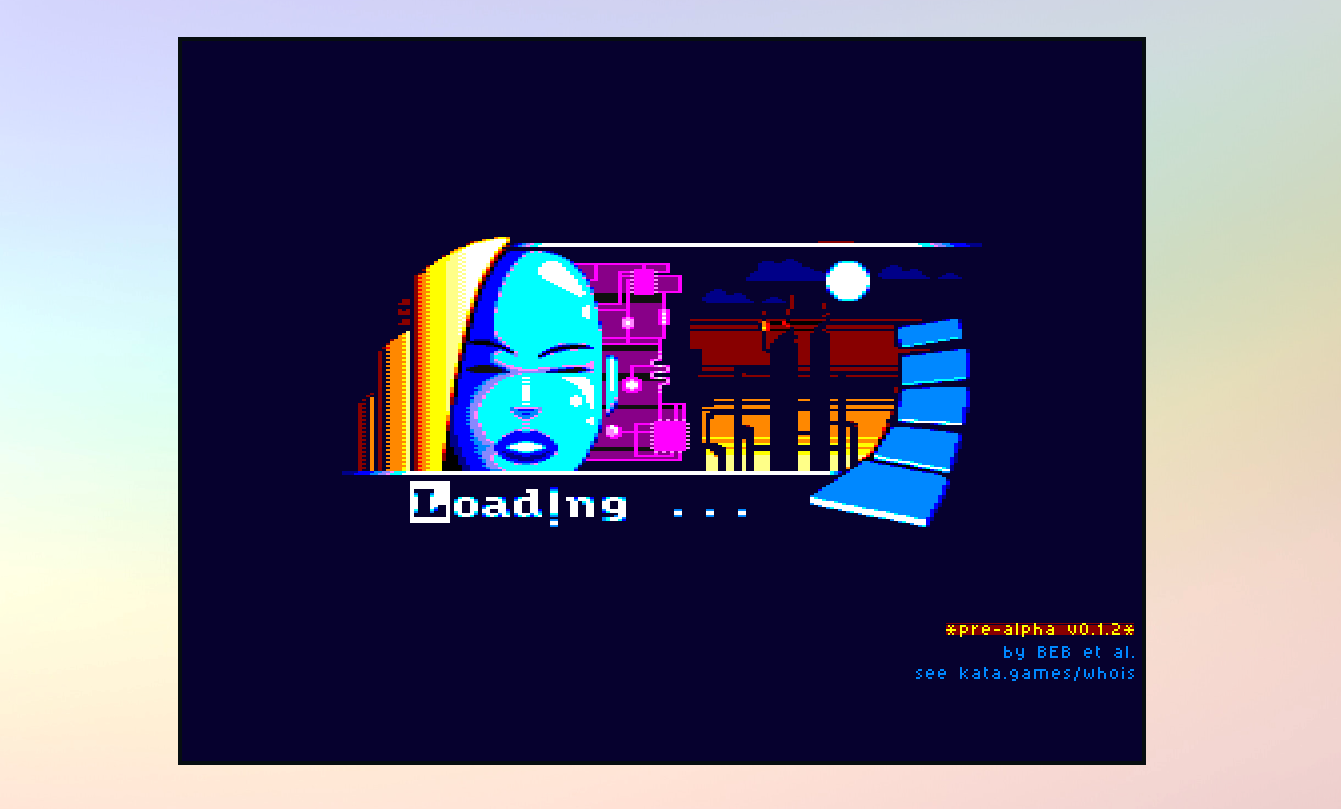 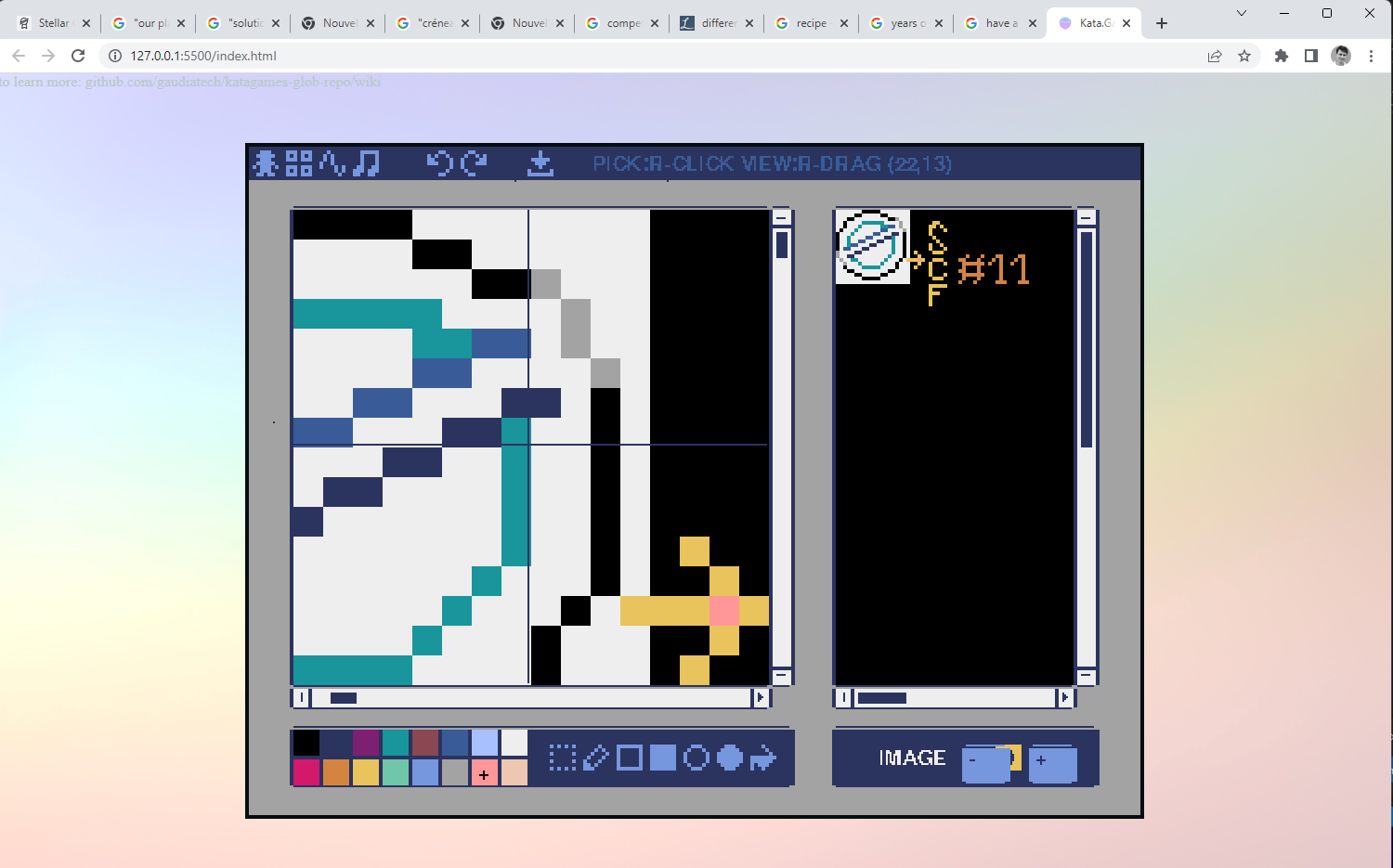 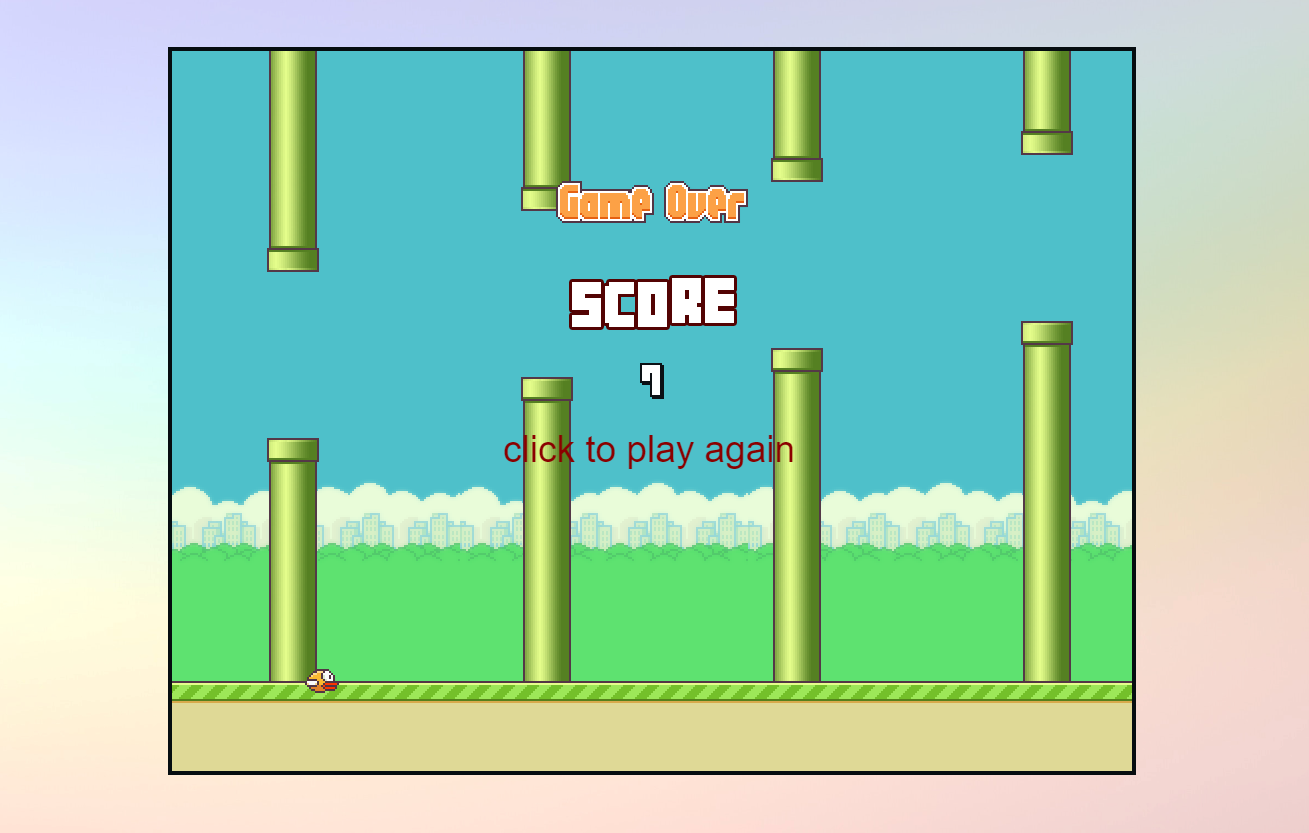 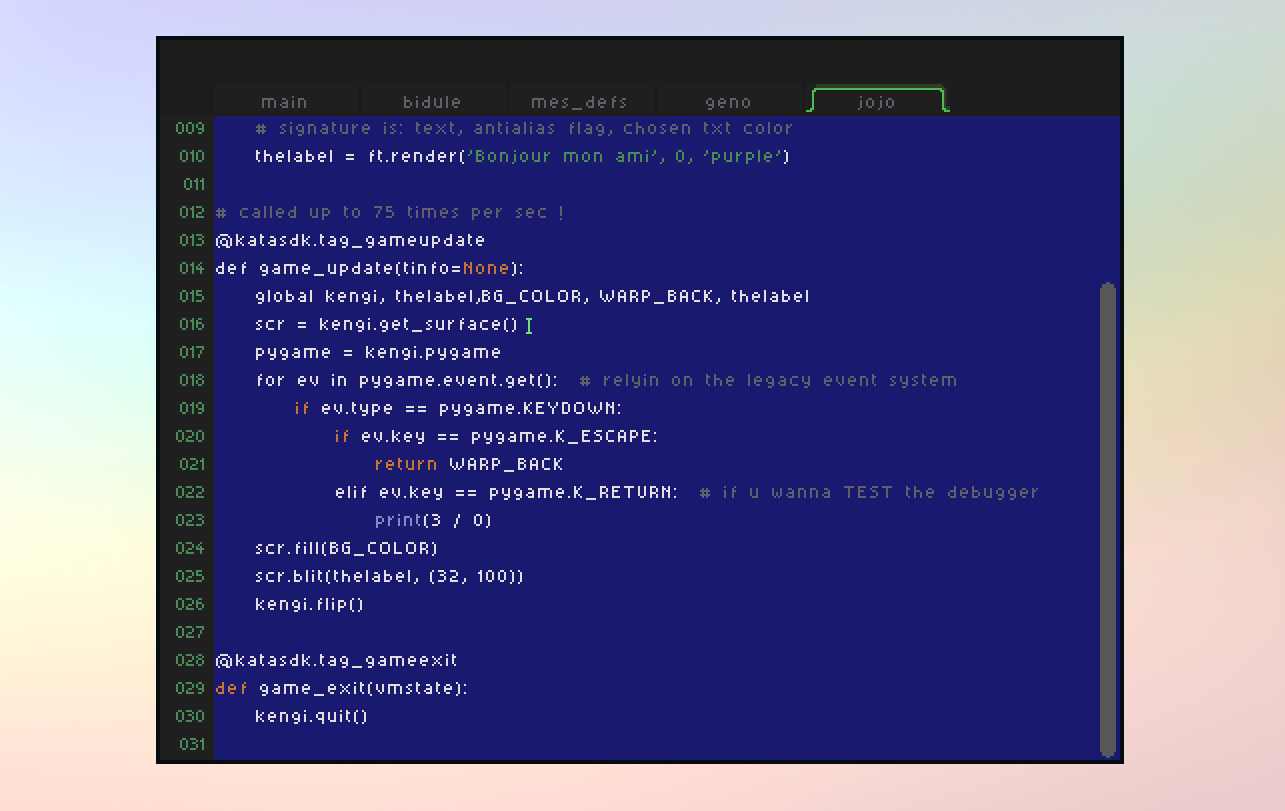 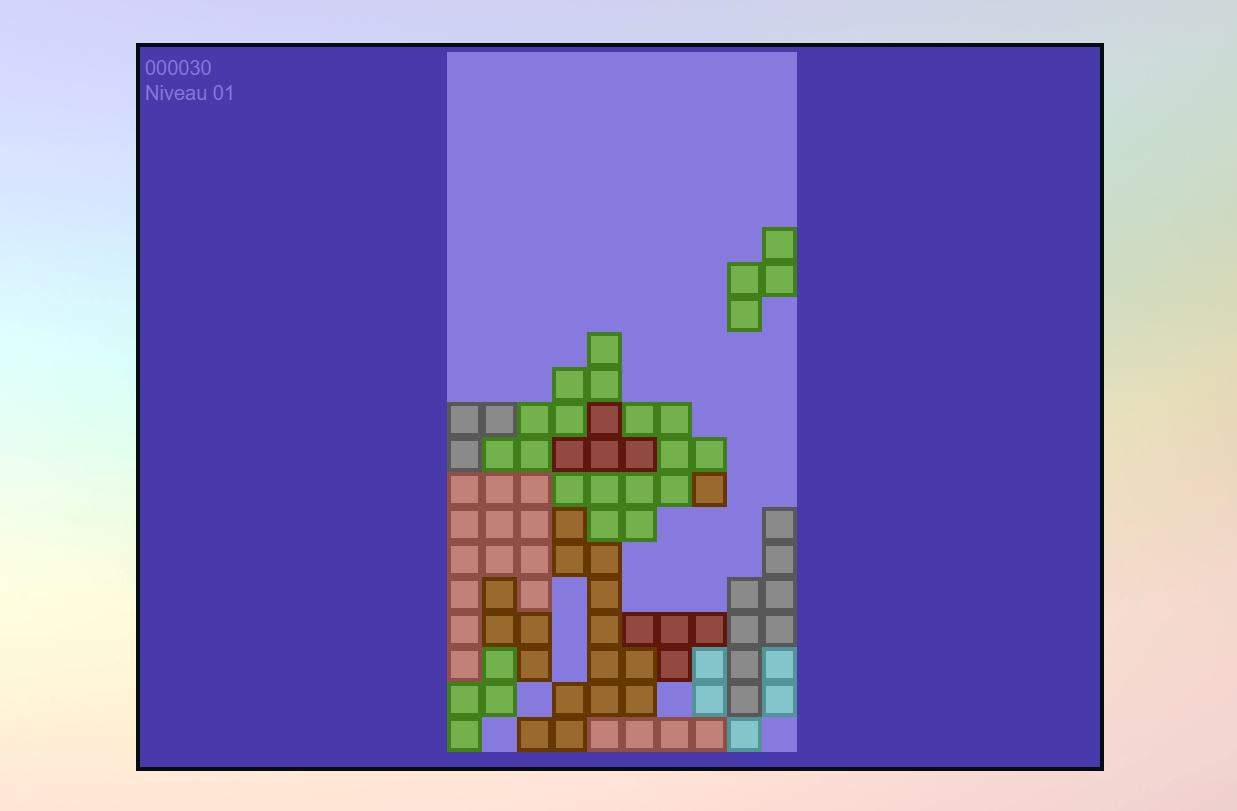 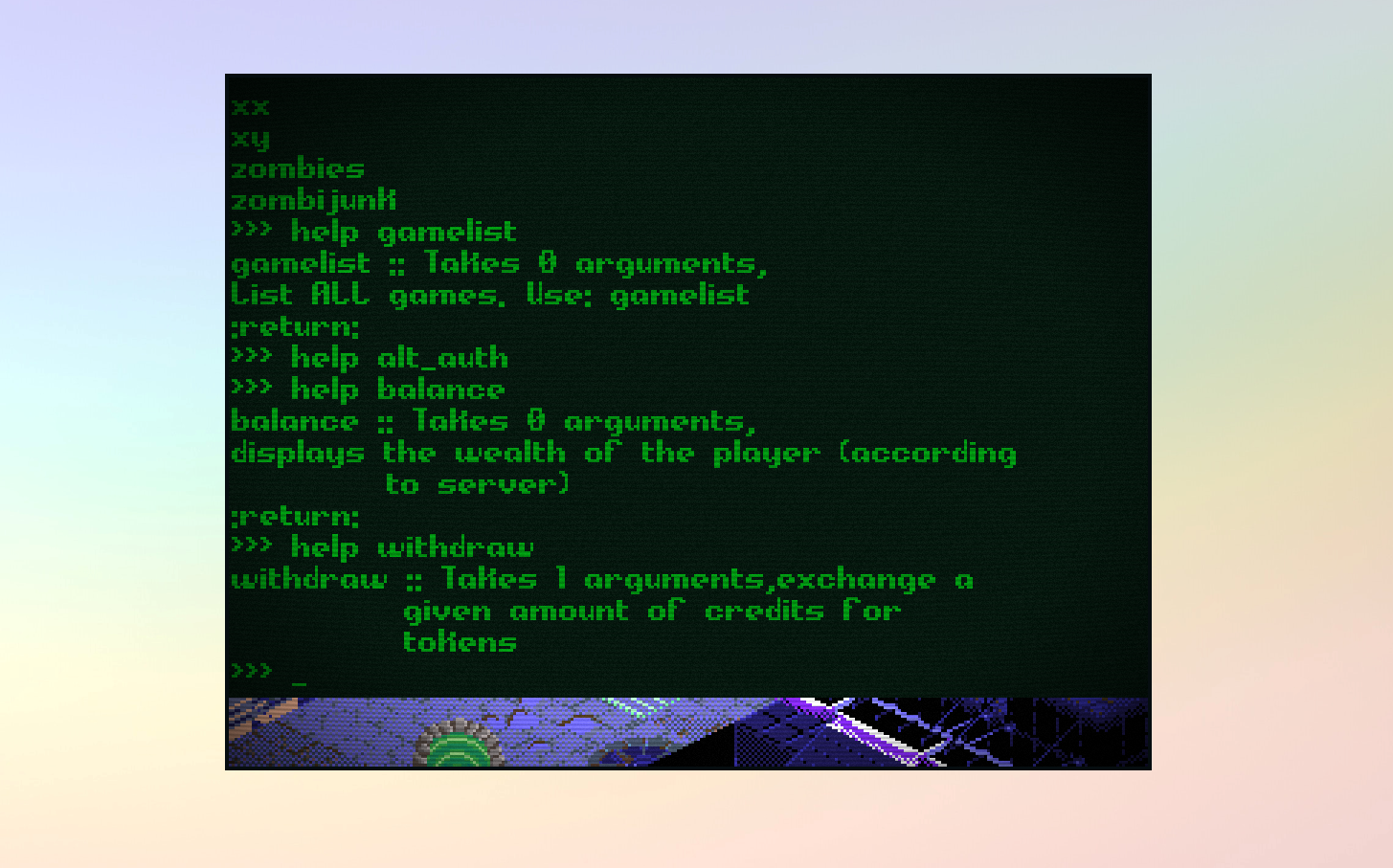 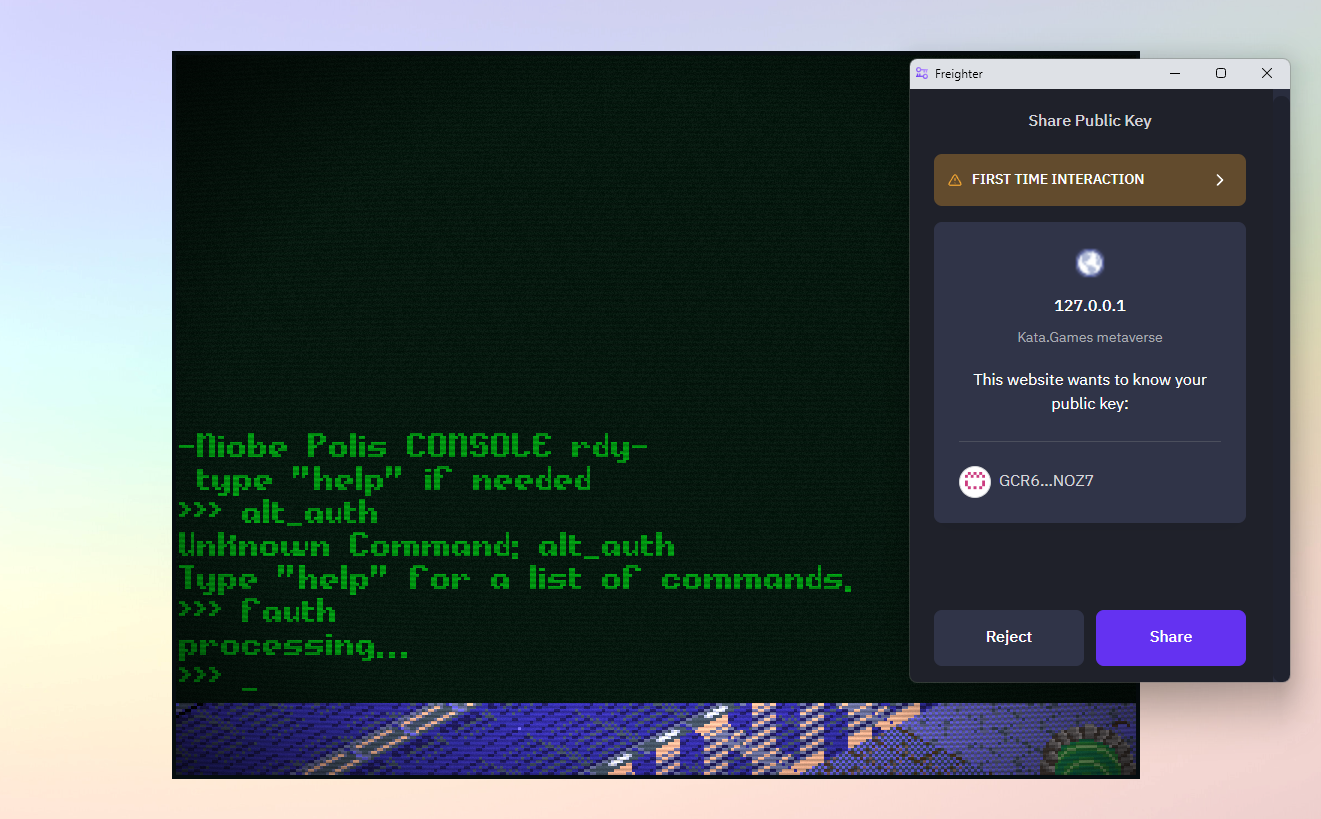 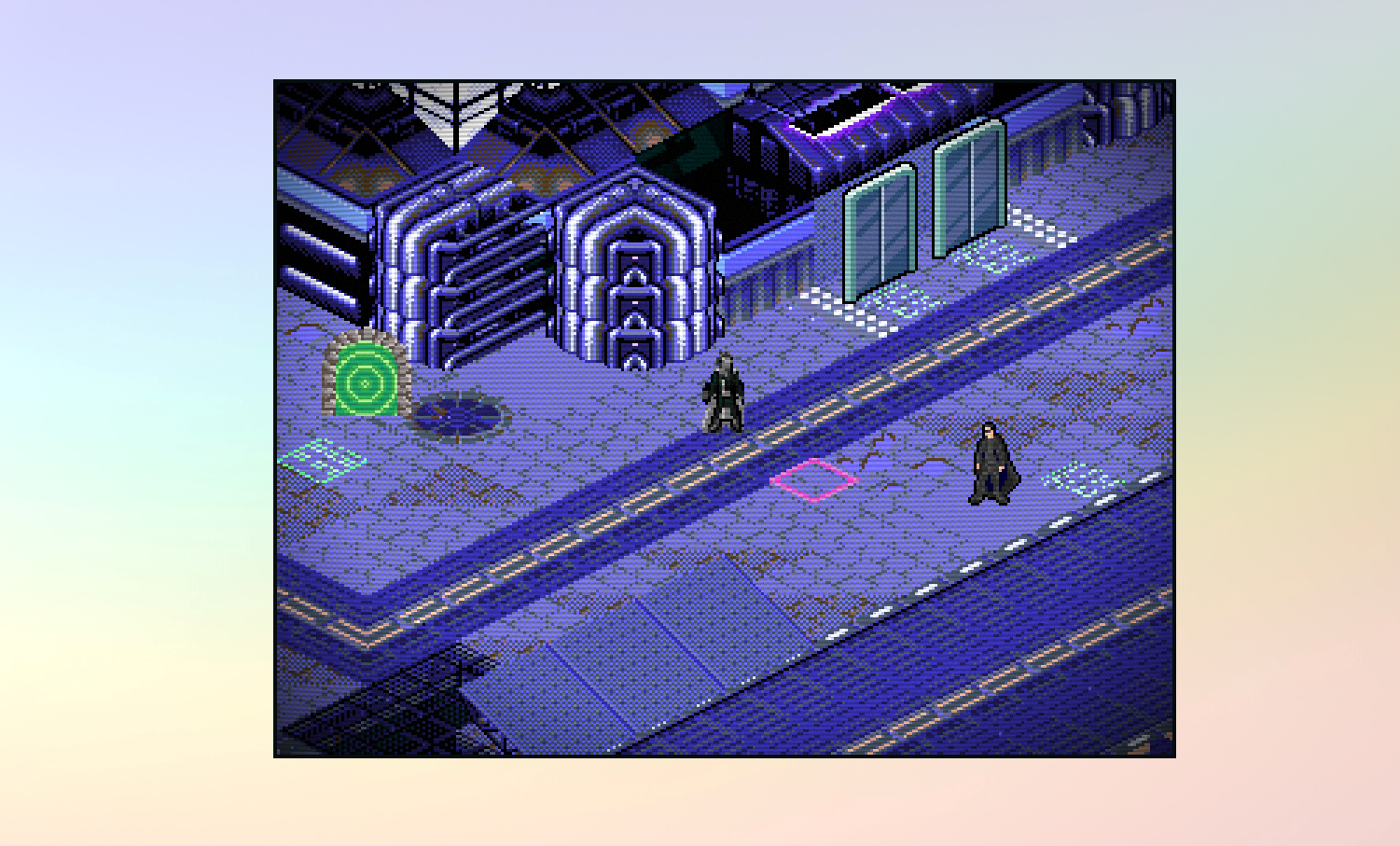 We’re almost at the end of the prototyping stage. The development has been very active lately: since May this year, 1300+ hours of programming were invested. It reshaped the software a lot.

Without being too technical, a very large number of components have been rewritten/added such as the code editor, the integration of a pixel editor (new feature, still on-going), direct links to games (new feature). This allowed various speed optimizations, generalization of the use of WebGL, better tech demos for games… Another examples of improvement is the “profile selector” that was inserted at the beginning of our user flow. This allows you to play either as a guest OR to allows to sign up and log in in a gamified way. It acts as an incentive to find and use a Stellar wallet.

All of these details improve the UX substantially. We try to reach the “Introduction stage” (for us the coders this means Beta version) before the end of the year, so we start discussing with real users instead of mere testers.

We’ve tried to raise funds in June it didn’t work but we gained valuable knowledge. Another progress: a lot of knowledge on how Stellar should be integrated has been gained (after conducting 4+ tests on the development server ; we’ve been asking more questions via Discord and have minted NFTs using different methods, including Litemint.com of course).

Lastly: Kata.Games became more visible overall in the Stellar ecosystem and on the Web (the updated Linktree webpage, and our Twitter profile did help). Our project lead has attended Meridian in Roma. This could lead to new opportunities. For example: Our project lead discussed with Stan from the “BES Metaverse” project. In the future we may try to design a kind of interoperability between our softwares or maybe event create a partnership if this can be mutually beneficial. This kind of opportunity is very new, and was really out of reach at the time of our previous SCF submission.

We keep a Q&A format which can be convenient to read rapidly / partially.

The use of Stellar Blockchain is the key to achieve our long-term vision. For targeted customers, the value offered by our innovative approach comes from : (1) a  greater ease of use, and (2) our ability to accelerate some processes that usually take more than a minute while not contributing to the User Experience/to the fun.

Using Stellar is aligned with these objectives and enables our success. For players, using a Stellar-based asset most of the time and using fiat only on rare occasions is beneficial : it reduces friction and deletes “ overhead time” implied by classic payments systems. It can also secure the ownership of in-game special items.
Finally, using NFTs or NFT-like tokens will allow us to share the project more openly with our community, by transferring some of the control to our customers (cf. the Stellar integration section)

In the future, how do we plan to make money?

We will use a combination of two revenue models: freemium (player side) and an optional monthly subscription paid in cryptos (creator side).

How does our solution compare to standard game distribution platforms?

Itch.io, Green Man Gaming, Steam… But also Roblox. There are many competitors but we’ve adopted principles that really differentiate us. Firstly, the number of manual downloads required to use Kata.Games will be zero no matter what! It’s the same principle as when you browse Youtube or Wikipedia. It’s a bold assumption to make but we believe that Web technologies have matured so much that it doesn’t make sense anymore to use “binaries”, at least not for casual games.

Our solution means the user connects to the website and interacts with a single, purposely designed GUI. We keep things as simple as possible. And it works. Secondly, we plan to create something that will be like a Haven for indie game devs, and we will let them shape their own experience and shape the toolbox at their disposal in the long run. This is something no other competitor is doing. Lastly, the type of UX we propose is unique. There’s probably some extra-fun attached to it.

Where does the extra-FUN come from?

So we build a marketplace implemented through a web app. It matches players and game creators in a non-standard, FUN way… Kata.Games is not only a web app, it can be viewed as a “2d Metaverse” (Nota bene: Tom had to set up his own definition of the word “Metaverse”. Under normal circumstances the meaning isn’t clear enough).

Every new game shared via our marketplace plugs in at the edge of the primitive/generic virtual world that we’ve been creating! What creates a link between the base system and User Generated Content are game entities called portals (see screenshots attached). As the name suggests a portal simply teleports the player to another world, whose rules were written by someone else (not by us the Kata Team). In other words, the system we’ve built is “expandable” and this can be done on-the-fly so to speak. At some point, this should create a feeling of vastness in the mind of the user that should be pretty awesome and even fun.

Any future plans for funding the startup?

We have several leads: one opportunity that we consider for the long term is depositing a request to SDF for an Infrastructure Grant. We think that when our service is ready it would be a terrific idea to organize public game jams, where creators would learn simultaneously about game development and about NFTs or Stellar!

Apart from that we have several leads in France both with Web3 accelerators and VC funds such as: Moonshot Labs, Binance Labs (whose presence increased in Paris at Station F), XAnge, to name a few. In April 2022 we attended the Paris Blockchain Summit and have either met people who work for these organizations, or we received enough information in order to contact them. We are still on pre-seed funds, therefore there’s a lot of room for improvement.

What’s the set of games that can be created via Kata.Games?

The technology we use to describe game rules is a “Turing-complete” one. This means the only limits are (a) the imagination / dedication of our users and (b) performance considerations (=computation time and “frames per second”).

Examples of what can be produced thanks to KataSDK are shown via the attached screenshots. Very long-term plans for research and development include the use of 3d graphics! Kata.Games : Endless creativity Endless fun. 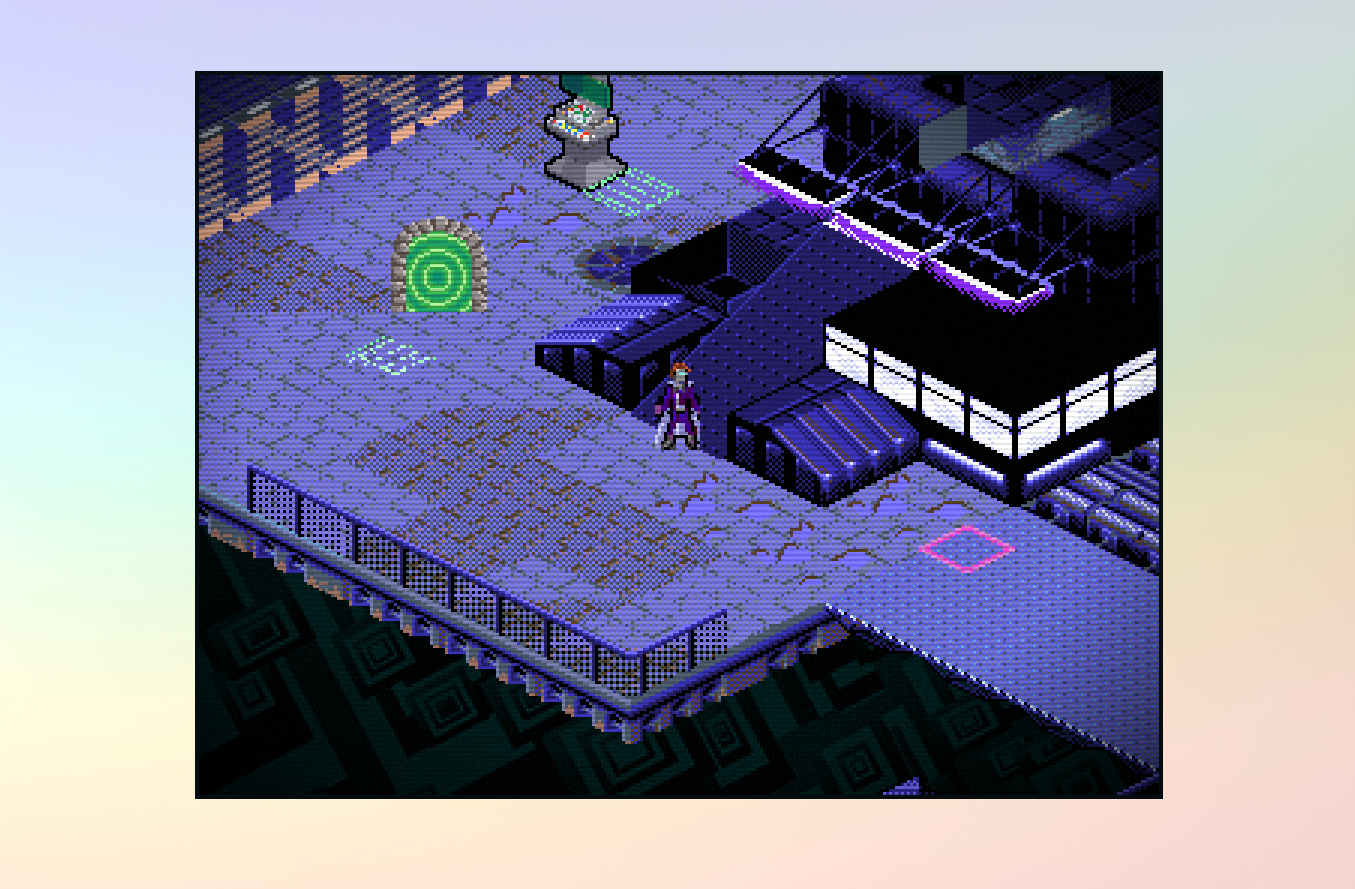 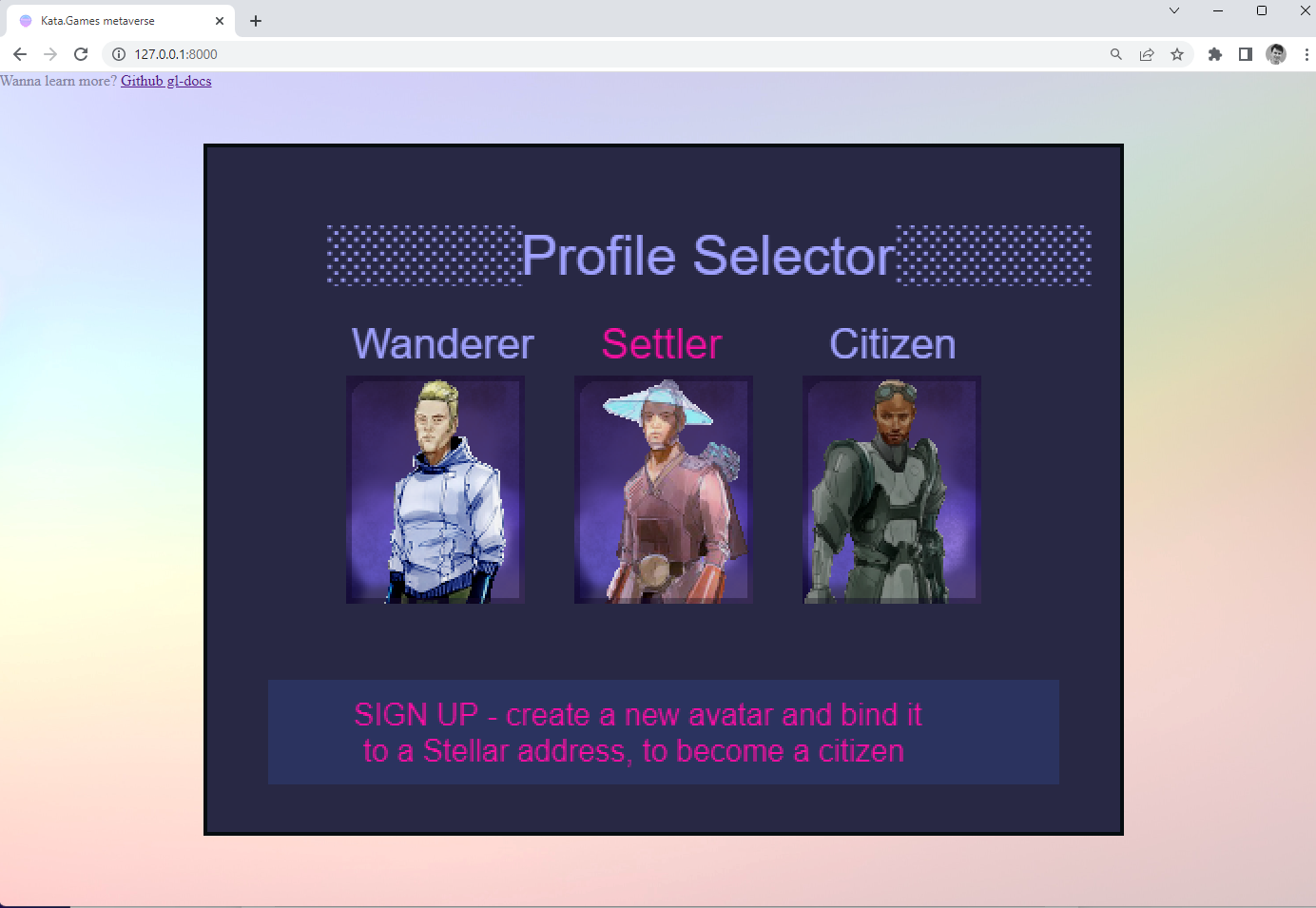 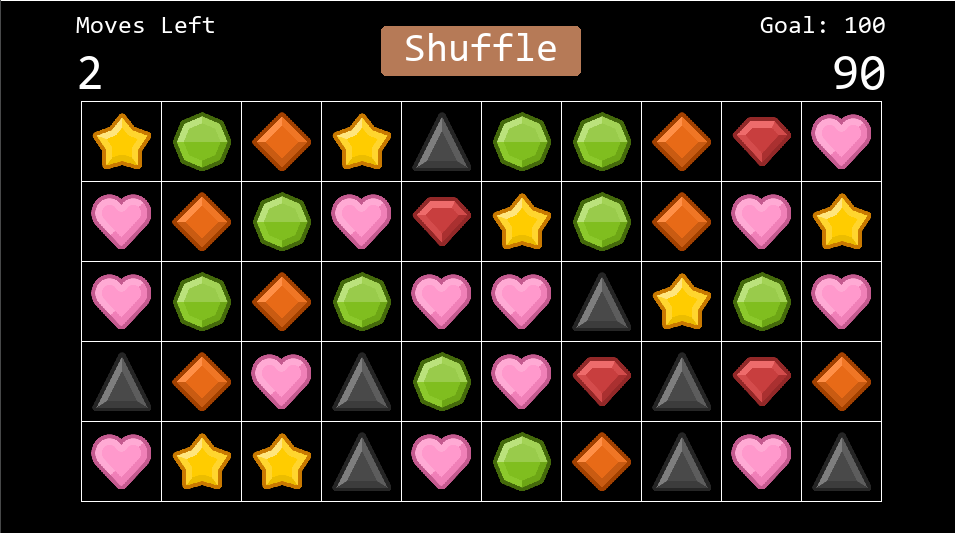 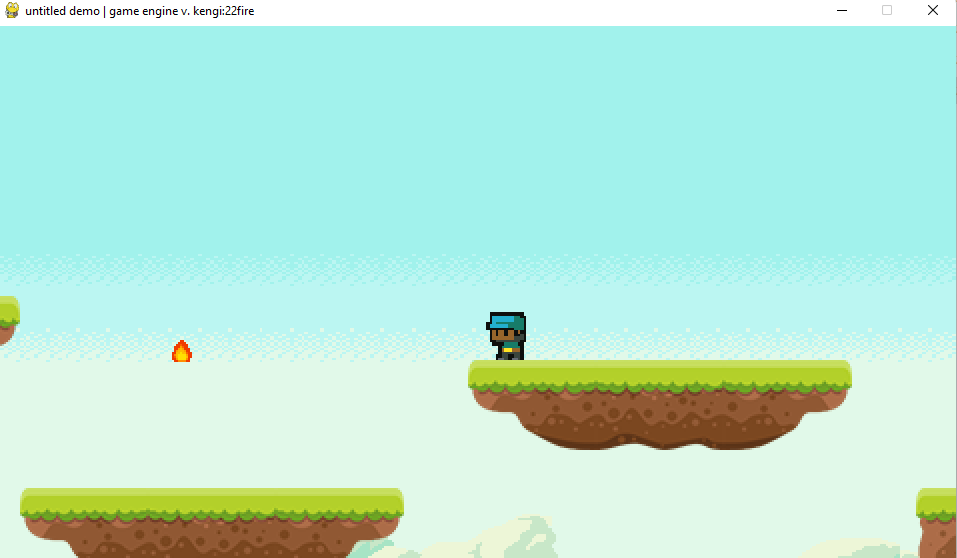 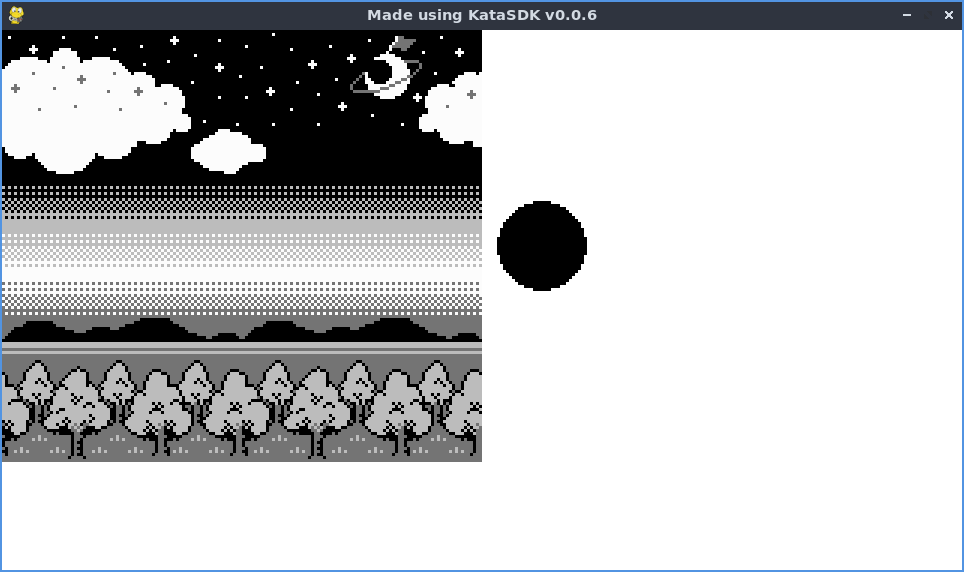 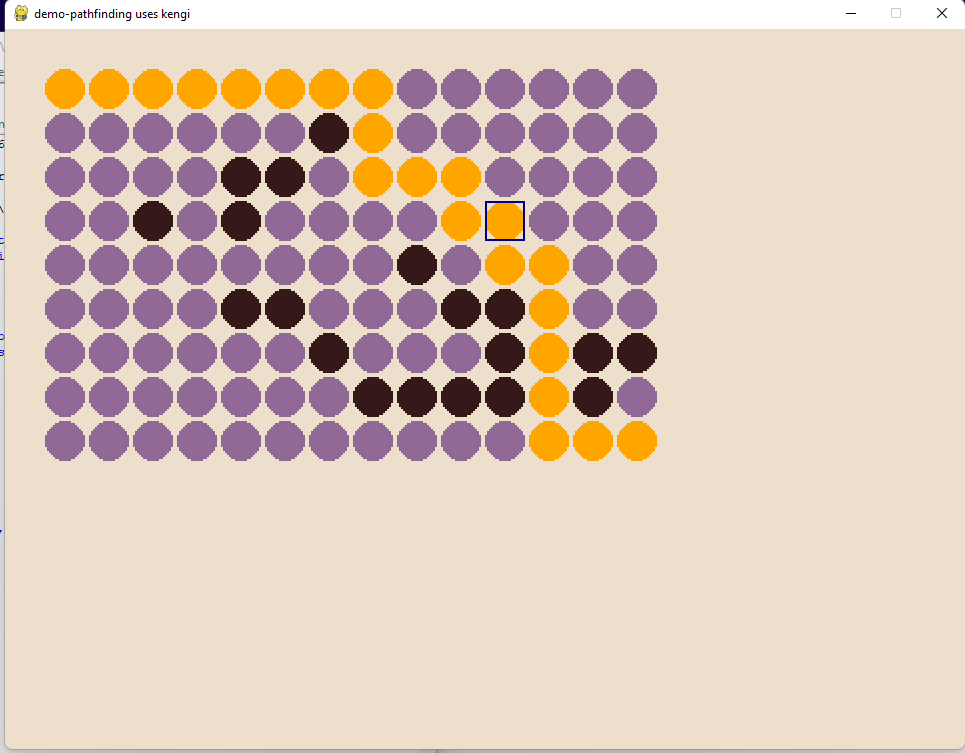 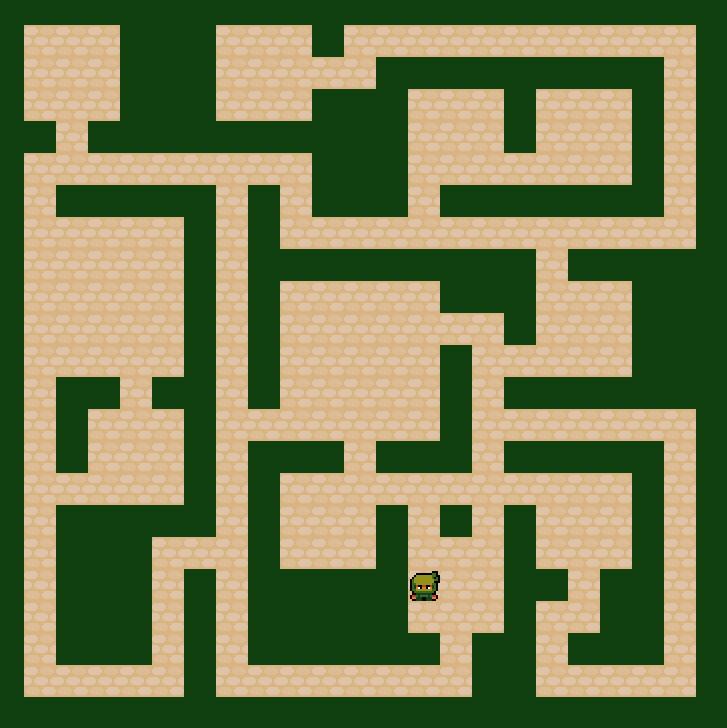 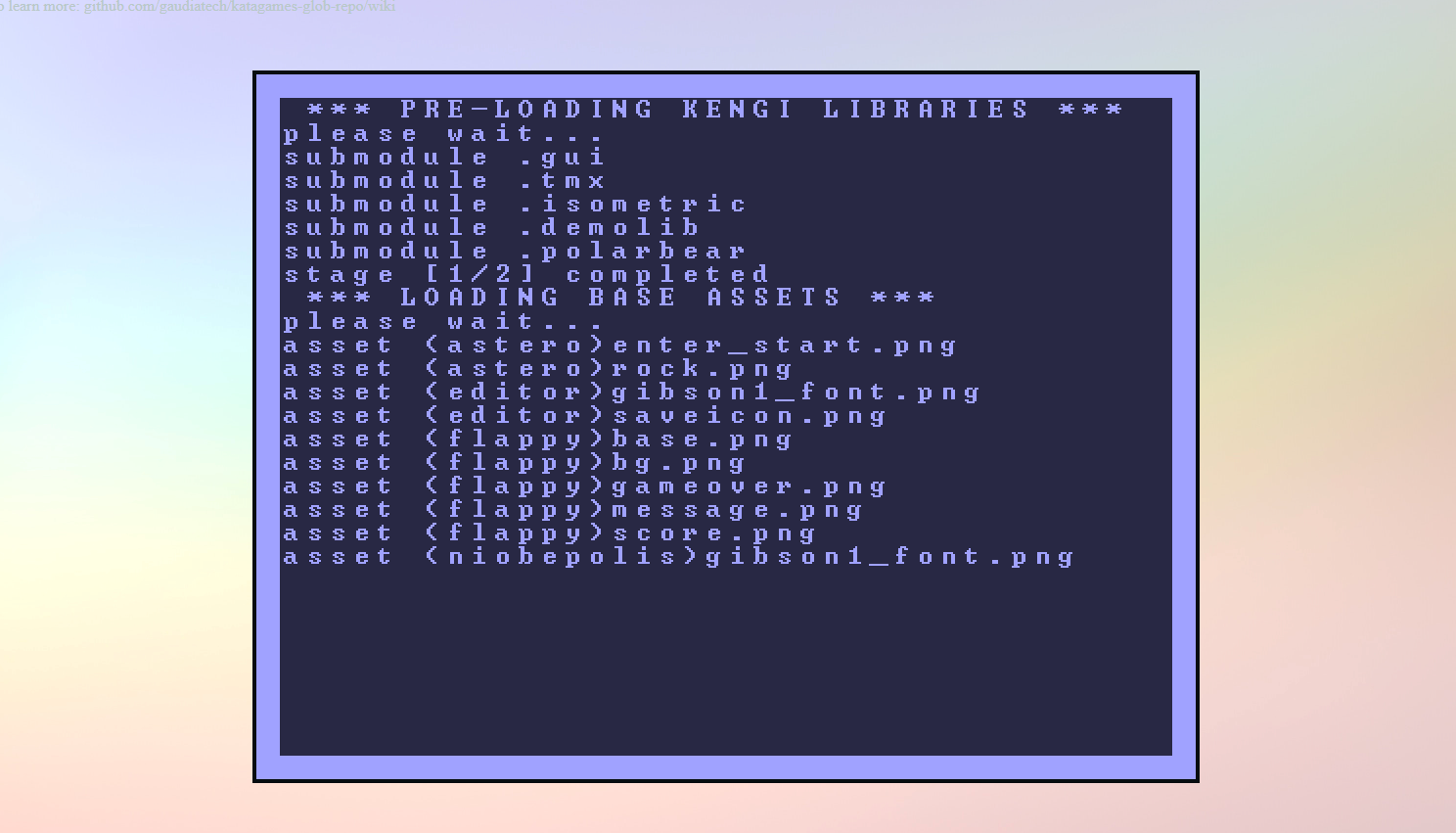 Ph.D. in Computer Science ; former Research associate (Strasbourg University, EC Paris Lab) Thomas a.k.a. Tom is a passionate gamer who has set high goals for himself. His entrepreneurial vision is a driving force behind Kata.Games. Tom believes that the future of Gaming is being defined now in 2022. He wants his team to be a part of the Web3-centric ecosystem that is coming!

Rounak is a talented Indian-born programmer who gained skills in game development at a young age. He’s started sharing games made using Python and related tools via his YouTube or Itch.io profile. In 2022 he moved abroad for studies. In the future, Rounak plans to make a living thanks to tools provided by Kata.Games. He greatly helps in prototyping our toolbox, and the service.

After a Master in economics with specialization in Marketing, Patrick was active with A brands (3M, Hasbro, Euler Hermes, Dfinity for example) for 20+ years, mostly in Belgium. As a Web3 fan he joined the movement two years ago. Now he helps blockchain projects with PR, marketing strategy definition and community building.