The Global community is multicultural, multinational and multiethnic. The Stellar Development Foundation’s mission is to help maintain Stellar’s codebase, support the technical and business communities around Stellar, and act as a speaking partner to regulators and institutions. However behind the "nodes" and "anchors" is the most crucial component to making the dream of financial inclusion a reality: People.

Creating an inclusive global community requires us to connect, communicate and learn from one another. A developer in France may find help from a #stellarfamily member in Germany. An entrepreneur in Mexico can find the answers she needs to launch her Stellar business from someone in Korea....we all can help one another. This is the focus Stellar Global is here to address.

Stellar Global was founded independently with a vision to become a 501 ©3 organization whose mission is to educate, connect and advocate for the millions of people that make up the human network of Stellar. It is our belief that Stellar has the potential to create equitable access for those previously excluded to the global financial landscape. Through exposure and education we can ensure that the human network reflects the diverse world it is intended to serve.  https://www.youtube.com/watch?v=4y9N-XHwfwo

Approximately 1,000 members on discord and nearly 20k followers on social media located all over the globe. We have survived through personal investment and community volunteers. Over the past 4 months alone videos surpassed 163,000 views on Twitter.  @samconnerone regularly ranks among the top social influencers on Twitter for Stellar XLM.

To date, everything has been done 100% out of my pocket with the assistance of my partner Emir and the  help of volunteers from the community that has assisted along the way:  We were established in 2019, and since then, I have contributed over 1000 videos on Twitter, Youtube, and Twitch that range from showcasing significant breakthroughs at both the SDF and community level. To date, I have hosted over 150 audio podcasts and videos covering the Stellar Network.

These interviews have showcased executive leaders of the SDF and leaders of the community alike and contributed a role in connecting the story of Stellar to a broader audience. Our videos have captured over 163k views alone within the past four months, with zero promotion and marketing budget. The platform has allowed me the opportunity to share Stellar with US executives as well as government leaders throughout the States.  I have freely consulted and helped a wide range of Stellar projects throughout the ecosystem.

During my show with Enrique of xBull Wallet, he shared a story of how during an Open Protocol discussion, he met Emir in the chats who directed him to Stellar Global. He said that up until then, the environments he has been in have been “toxic,” but the environment within our Discord led him to continue his development and created one of the leading wallets on the network.

My partner Emir and I have a combined Twitter following of over 18,000 followers and have tweeted over 20,000 times.  I also participated and represented Stellar Global at the international BBCON2021 tech conference hosted by Blackbaud.

The Stellar Global community averages around 1000 dedicated members who bring a sophisticated and in-depth dialogue to the community. Emir has volunteered over the past two years to help manage the growth and culture of the Discord, and his impact on the development of the community can’t be understated.

Together we’ve hosted AMAs and Live chats within the Discord that have helped allow the voices of many projects to be heard. We have channels for AMMs, StellarDex, Developers, Speculation, and more. We’ve partnered with Edunode to bring a channel dedicated to learning and have begun expanding specific channels for country-specific markets. Some of our notable ambassadors include Frederic, CEO of Litemint, and Olvis of Edunode and Mozart.

Within six months, we want to incorporate into a 501c3 to obtain tax exemption status, opening us to the ability to receive donations and eligibility for federal grants. Within this time, we want to curate all of our shows and break them into bite-sized clips that we can market. With hundreds of hours in audio and video content, smaller sizes highlights can be easily shared through social media and allow us to spread awareness and grow at a faster rate.

We want to bring on a writer to expand our Medium page content and an assistant to focus on editing completed shows to quickly get them up on our podcast network, which streams on Apple, Google Spotify, and four other major distributors. Educational content and training is a focus we have, and within six months, we want to begin offering educational videos and events to bring creative ways to help and educate the community. SXSW is scheduled to be taking place in Austin, and we are planning on having a presence there to conduct live on-site interviews and content, which will be the start to more LIVE, on-location offerings that will provide more exposure for both Stellar Global as an organization and the greater Stellar community.

Over the next six months, we will also work to increase the community's level of influence by joining professional organizations and submitting articles and opinions on issues that affect the interest of the community, such as business chambers, trade organizations, and major news outlets.

Finally, we want to open up various sponsorship opportunities for companies and organizations looking to access our market. This, along with our 501c3 status, will allow us stability for the future.

To get there, we  will use our requested budget to:

As mentioned before, to date, we have been able to build this by balancing our jobs and careers and have established a solid foundation and core. The capital will allow us to have a short-run way to get our organization to stability. We’ll seek legal counsel and ensure that as a 501c3, we operate under all legal parameters. Additionally, we will use the capital for production equipment to provide a high quality of content.

In addition, we utilize funds for supporting our dedicated team to move towards having ambassadors representing countries across that globe that can contribute to the growth and expansion of the community. We will start to create calendars so that there are always events going on that people in the community can plan towards. This consistency will create a much more engaged Stellar community. 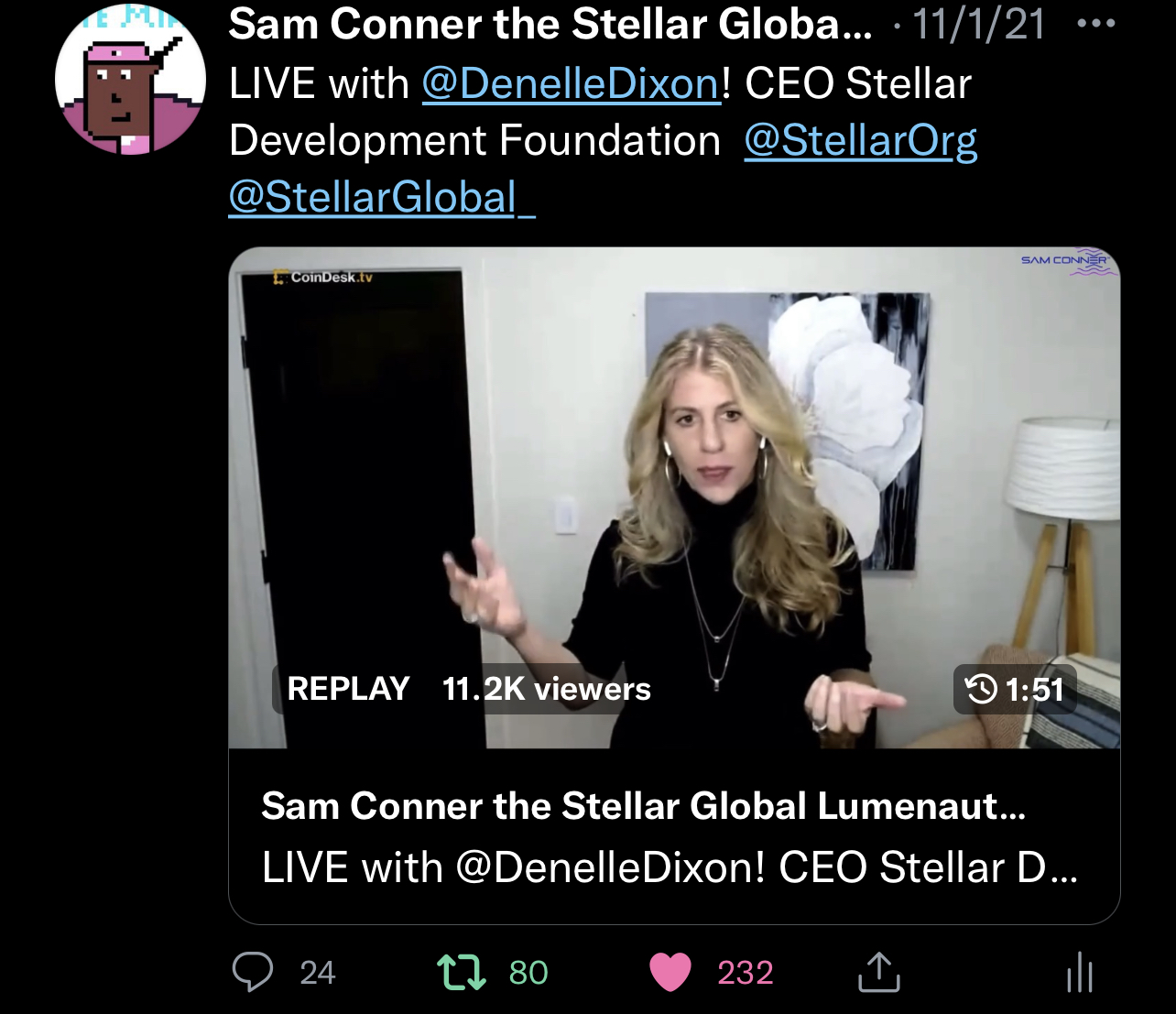 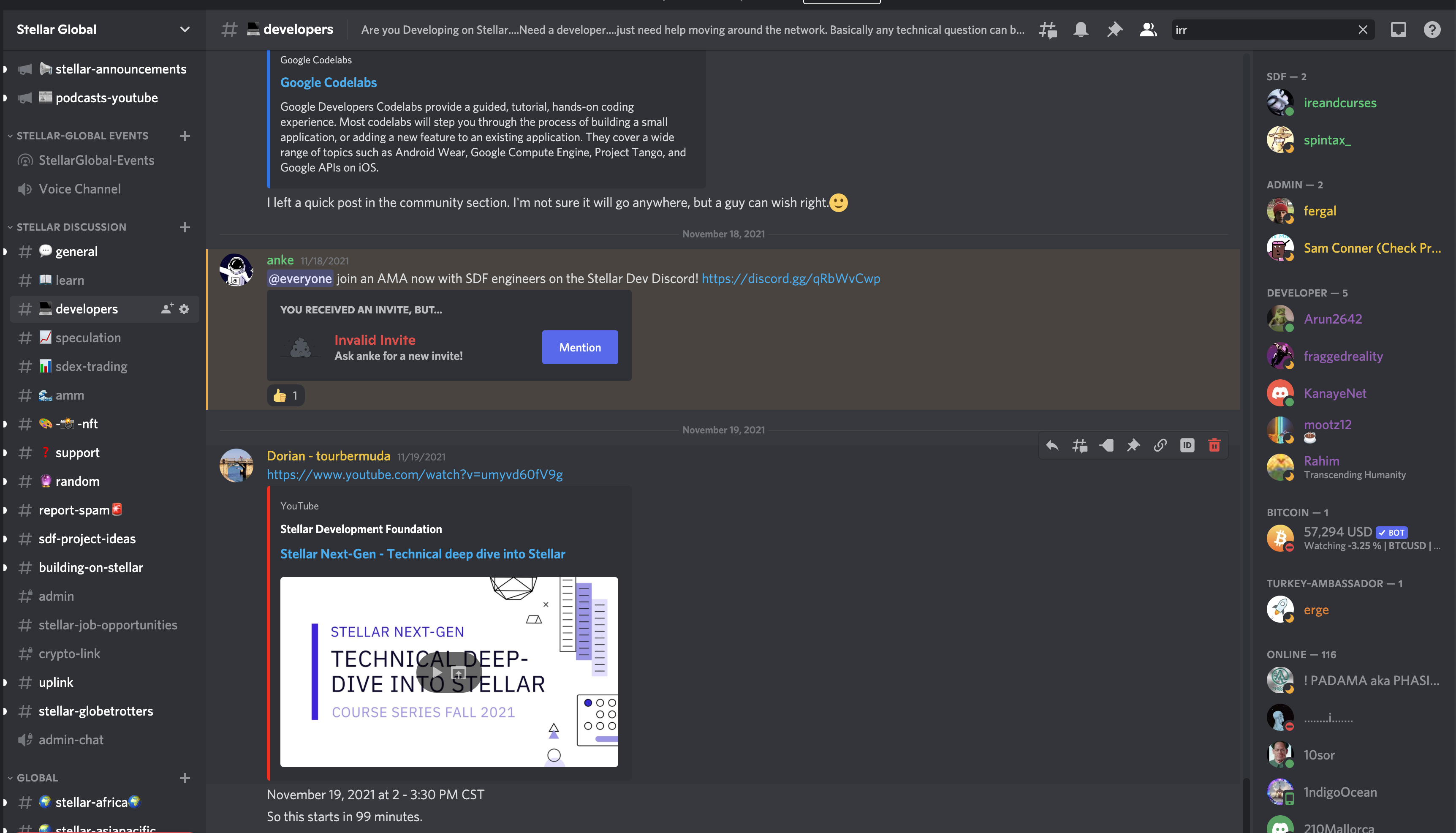 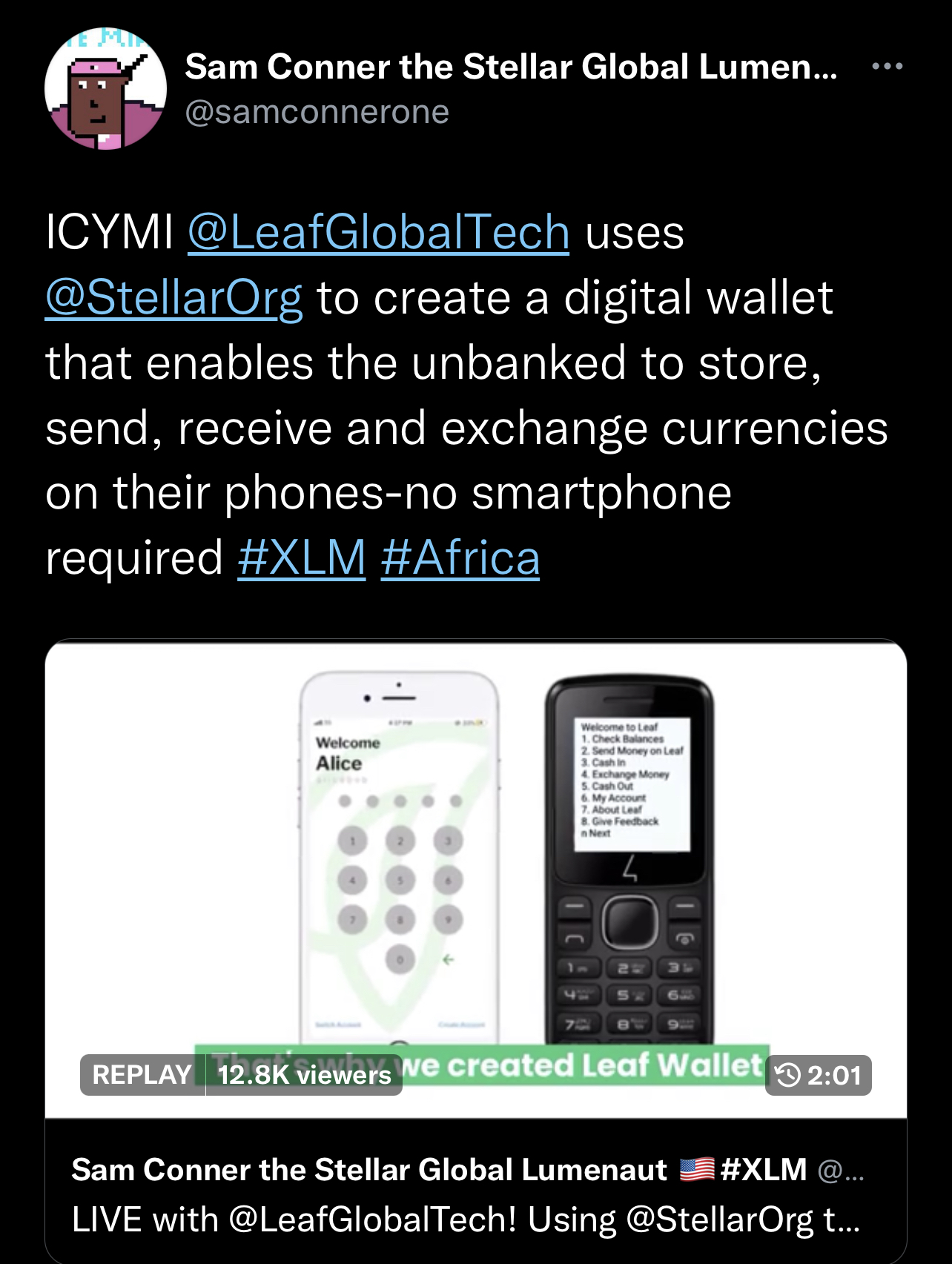 Sam is an entrepreneur that has been a core member of the Stellar Community for four years—often ranked among the top social influencers for XLM and the Stellar network. He’s recorded over 150 shows and contributed over 19k tweets advocating for the community.

Emir is currently working at Ultra Stellar in social media and community management. He has been one of the core members of the Stellar Global and Stellar Turkey communities..